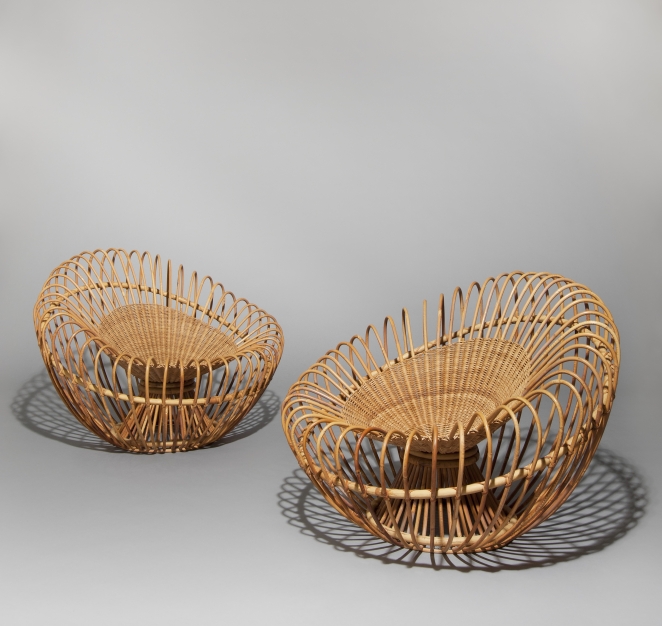 Trained as an architect, Pascal Cuisinier  opened his first store in the Saint-Ouen flea market in 1994. Back then, he specialized in creations from the 1930s and 1940s. In 2000, he followed a university course in Aesthetic and Fine Arts for his post-graduate degree, after which he undertook a doctoral thesis in the philosophy of art. He went back to the flea market's marché Paul Bert in 2006 to champion French designers born between 1925 and 1929. In February 2012, Galerie Pascal Cuisinier opened at 13 rue de Seine in the famous Parisian district dedicated to modern and decorative arts.

The designers represented by the gallery all have similar backgrounds having studied at the École Nationale Supérieure des Arts Décoratifs or at Camondo before setting up their studios in the early 1950s. They were well acquainted, grew closer and shared the same choices as far as distribution or formal and functional issues were concerned. Trained as decorators, they were forced to create their new occupation from the ground up - the liberal conception of objects that wound up being called "design."

The gallery now hosts two exhibitions per year before which a body of significant works is researched and gathered. Studies are undertaken to piece together its history; to identify lines, to authenticate models, to find their authors and to date them accurately, thus allowing the construction of a comprehensive reference catalogue. Great attention is paid to iconographic sources, illustrations and graphic style. The exhibitions then present the result of this research, with an arrangement of thirty to forty pieces, as well as period pictures and documents.

Pascal Cuisinier is now hailed as one of the foremost experts on this generation of creators, and many of the pieces he champions are now part of national collections.